For just this one month of Aug., Julene T. Weaver's Word Chase Reading, usually held at Cafe Racer, will be at Ravenna Books

with Bryan Lineberry on Saxophone 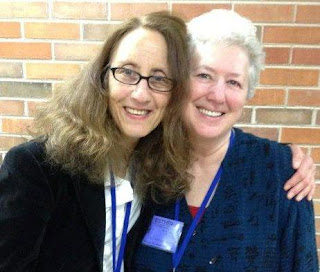 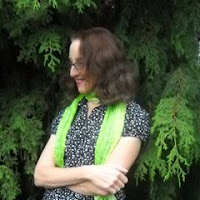 Ann Teplick is a Seattle poet, playwright, prose writer, and teaching artist. She writes with youth at Seattle Children’s Hospital, through Seattle Arts and Lectures’ Writers in the Schools program; at Child Study Treatment Center (state psychiatric hospital), through Pongo Teen Writing; and Coyote Central.  She’s received support for creative work from Artist Trust, Seattle Office of Arts and Culture, 4Culture, and The Society of Children’s Book Writers and Illustrators. She is a Jack Straw and Hedgebrook alumna. Her poems have been published in Tahoma Literary Review, Raven Chronicles, The Louisville Review, Crab Creek Review, Hunger Mountain, 4Culture’s Poetry on the Bus, and others. She is currently working on a young-adult novel in poems about a family that falls apart and comes together again after a suicide of one of their own.

Esther Altshul Helfgott is a non-fiction writer & poet with a Ph.D. in history from the University of Washington. She is the editor, with Peggy Sturdivant and Katie Tynan, of the forthcoming anthology So, Dear Writers…An It’s About Time Writers’ Reading Series Anthology (Yakima, WA: Cave Moon Press, 2019). She is the author of Listening to Mozart: Poems of Alzheimer’s (Cave Moon Press, 2014; Dear Alzheimer’s: A Caregiver’s Diary & Poems (Cave Moon Press, 2013); The Homeless One: A Poem in Many Voices (Seattle: Kota Press, 2000). Her work appears in American Imago; Beyond Forgetting; BlackPast; Blue Lyre Review; Cirque; Floating Bridge Review; HistoryLink; Journal of Poetry Therapy; Raven Chronicles, Ribbons & others. She is the founder of Seattle's It's About Time Writers’ Reading Series, now in its 29th year.
Posted by Esther Altshul Helfgott at 1:29 PM No comments: