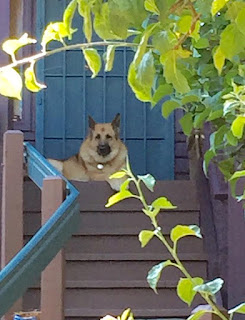 Emma's been watching me read
and write in the gazebo
since she was three months old.

I love her paws and those ears,
always in the perked-up position. 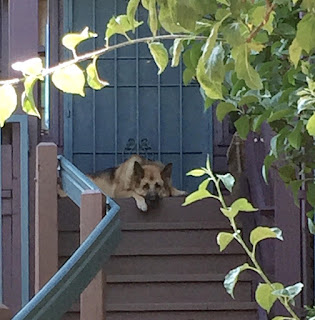 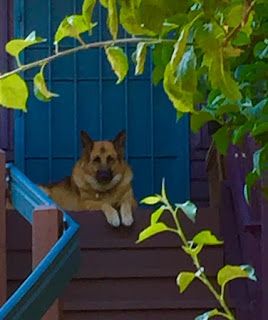 If she hears a sound that doesn't belong here, she's up and running; and that sweet little girl turns into a creature you don't want to mess with.

But when people she knows stop by,
and she recognizes their smells
and their body energy isn't creepy,
she kisses them all over. 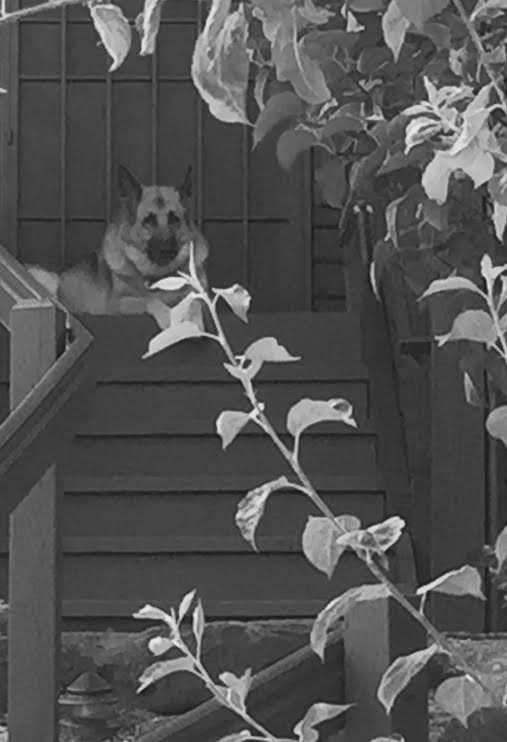