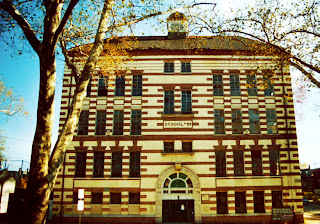 He inked me in on his calendar


-    For a grade school classmate
who now has a beard

Even though he has to schlep more miles
than he wants to and knows he will be fuming
at drivers along the way
my childhood friend agrees
to pick me up from Dulles airport
and drive me to Baltimore
for our elementary school
reunion.


When I say it’s too much of a schlep,
too stressful in the rush-hour traffic
he says: I've already inked you in
on my calendar
and I don't have the eraser
you asked me for in second grade!
Airline and flight time, please?


He doesn't seem to have changed
since the Halloween party
he escorted me to in third grade
or the walk we took to Cooper’s Deli
on Oswego Avenue after a party
in sixth grade.


I've barely seen him since.
Yet he inks me in on his calendar
and won’t find the eraser
I asked him to pass me
across our desks
in second grade.


That's why I want to go back
to my elementary school reunion,
I tell a Seattle friend who asks me.
I still have family there,
mishpacha, however extended. 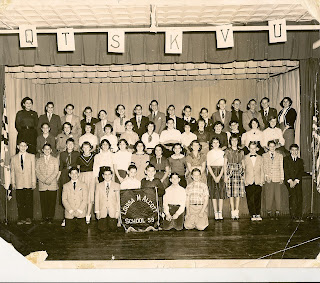 Posted by Esther Altshul Helfgott at 6:15 AM